rusEFI Console is a handy development and debugging tool. The dev console is written in java and it talks to the ECU firmware. The console allows firmware monitoring and configuration. Here are some pictures of what it looks like when it operating correctly.

To get the console working follow the below procedure, which assumes you have loaded the rusEFI firmware.

At this point, the Dev Console should be up and running. Play around with it and see what you can learn. Also note, it as some functionality as noted below. 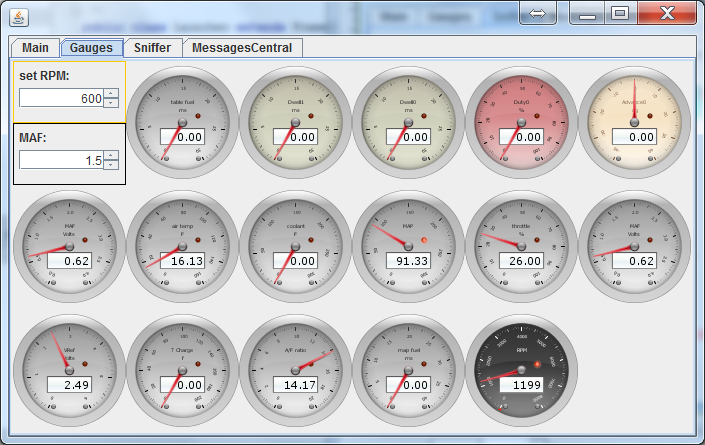 You can sniff either trigger angles or MAP values.

Analog chart always displays the signal for a duration of one complete engine cycle.

Currently analog chart can display one of these two things 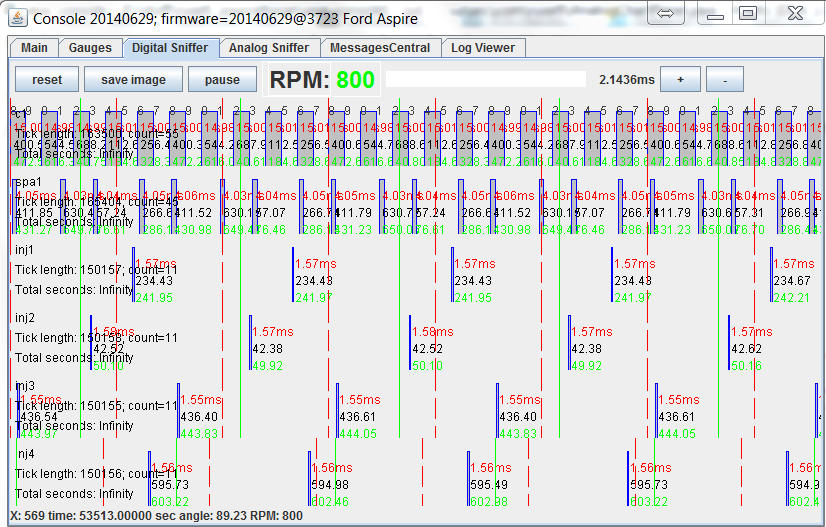 Green line is a border of engine cycle. Please note that the angle within current engine cycle is displayed in the bottom left corner - the angle is from 0 to 720 in case of a four stroke engine.

Red line is just absolute time scale. One line per second? Per 100ms? Something like that. TODO.